In 3 Life Lessons for Gutsy Entrepreneurs, I pulled from my own experiences in an attempt to help you out. I put in a few jokes, but this is mostly a serious post. It focuses on you gutsy entrepreneurs, rather than your brands. It focuses on you as people, not you as founders, CEOs, or Big Guys. As I sat in the home office in Ann Arbor, Michigan, I got introspective – almost uncomfortably so. But I hope my discomfort is somehow your gain. Fair warning: it’s a long one.

So now, for your reading pleasure, I present “3 Life Lessons for Gutsy Entrepreneurs”!

1. Know Who You Are at Your Core

If you’ve been reading my maniacal musings for any length of time, you know the heavy emphasis we place on the “why.” Here, however, is the dirty little secret: our “why” isn’t just the “why” of Mayniax Branding – it’s also mine.

When you check out our About page, you’ll see much of our story’s about my parents, their business, and dad’s death.

It’s largely because of this upbringing that the cause of entrepreneurship runs in my blood. Later in life, as Vanessa and I studied everything from politics to art, including neuroscience and branding, we decided the only way the world could become truly happy is through benevolent entrepreneurship – something that’s been a part of me since before I knew what it was.

But I haven’t always known my “why.”

For a long time I wanted to be a comic book artist. I was great with a pencil, and even got a degree in painting and drawing. I showed off my art at various comic book conventions, where I got to see a drunk Kenny Baker – R2-D2 – fall off a barstool. But I learned comic book pencilers made – at the time – roughly $100 per page, and those pages usually took around 16 hours to draw. That’s when I decided I didn’t want to sacrifice so much of my day for $100 – I also decided I wasn’t passionate about it, because if I were, money never would’ve been a factor.

For a while, I wanted to be an actor. I took classes and even performed on stage. But alas, short, marginal-looking dudes don’t a leading man make. And I was getting typecast as the smartass. Go figure.

I even wanted to be a journalist, because I love research and was big into politics and world events. The local community college even awarded me a scholarship for journalism. That still sits in the back of my mind, but with the state of “journalism” today – not to mention politics – I honestly think I can do more good fighting for entrepreneurs.

I also thought about trying stand-up comedy. That thought didn’t last long. Plus, with my sense of humor and slight acting experience, I’d do much better hosting an entrepreneur-style internet show. Hmmm.

Something I discovered about myself in the last couple years is who I am at my core: a smartass who loves to help people. It could be argued the above things would’ve allowed me to be a smartass who got to help people, but none of it was enough. None of it would really change people’s lives for the better. Someone could get 15 minutes out of a comic book, then they’d be off to do whatever. With having a huge comedy and acting career, people could get hours of entertainment, but then they’d be back to the same ol’ same ol’. To be a smartass journalist who helps people, I’d need an opinion column. And all that’d likely do is piss people off, even if they enjoyed the column and agreed with me.

With branding, I can help a lot of people in a real way, and be a smartass while doing it!

Figure out who you are at your core. And if what you’re currently doing doesn’t gel with that person, stop doing it and do something else. Life’s too damn short.

Trust can be tricky, and it’s tough for a lot of entrepreneurs – including yours truly.

Vanessa and I started working together under less-than ideal circumstances. The people I worked with had just been told they had to take a 14% pay cut. I didn’t know Vanessa at the time – all I really knew was she liked to take pictures, and I desperately needed help catching up.

I’d always worked independently, and was an insane perfectionist. My feeling was that no one could live up to my standards when it came to design – Vanessa was simply a necessary evil until I was caught up. She sat away from the studio, though it was clearly big enough for the two of us.

Vanessa had blown it on a few photos I’d asked her to do. “Oh good, another incompetent idiot,” I thought. One day she’d asked me for help on a photo, and I could see she was irritated. So I walked over, saw where she’d blown it, and asked to see the photo process sheet I’d made for her. I then realized something: Vanessa didn’t blow it because she was an idiot – she blew it because I was.

I missed no less than three steps in the sheet I’d given her. 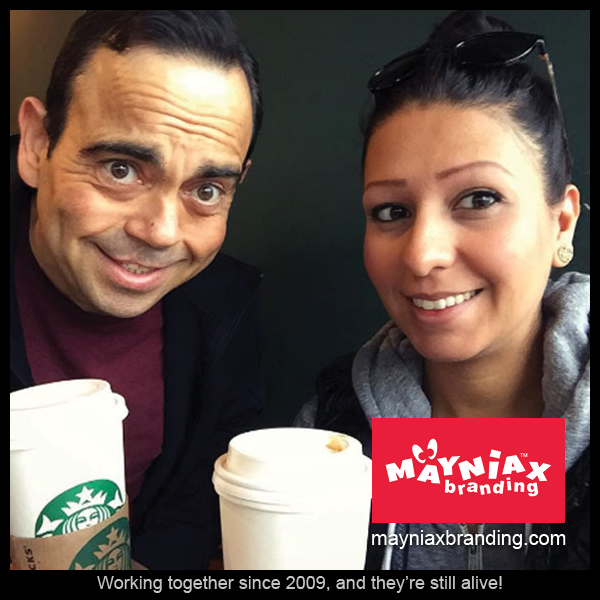 Oddly enough, after the process sheet was fixed, she stopped blowing it. Shortly after, she moved her stuff into the studio, and I started calling her “Newbie” – because she was new and I like the show “Scrubs.” This was 2009. I stopped calling her that in 2014. Not only that, but with both of us now on the same page, a lot more work was able to get done!

I used to start people at 0 / 100, always sure they’d disappoint me. Now I start them at 50 / 100, because it assumes some degree of trust-worthiness. And also because there are people like Vanessa out there – people who will surprise you at every turn. I don’t wanna give her a 100 / 100 yet, though – there’s no need for both of us to be cocky *heh heh*

Today, we’re surrounded by people we trust to help us out. And I can’t wait to find more so she and I can focus only on strategy.

Moral of the story: Find your Vanessa, and trusting becomes way easier.

3. Never Be so Focused on Your Mission that You Miss Opportunities Outside of It

This one’s for that special group of entrepreneurs who have their “why”s nailed! That group who believe so strongly in their missions that nothing can make them deviate! The ones who are, well, like me!

On June 19th, Father’s Day, I received – from someone totally unexpected – the kindest text I’ve ever gotten from anyone. The text spoke of what I’d written about dad on social media, saying she loved what I wrote, that dad sounded like a great man, and she finished it with, “The people we love never really leave us.” 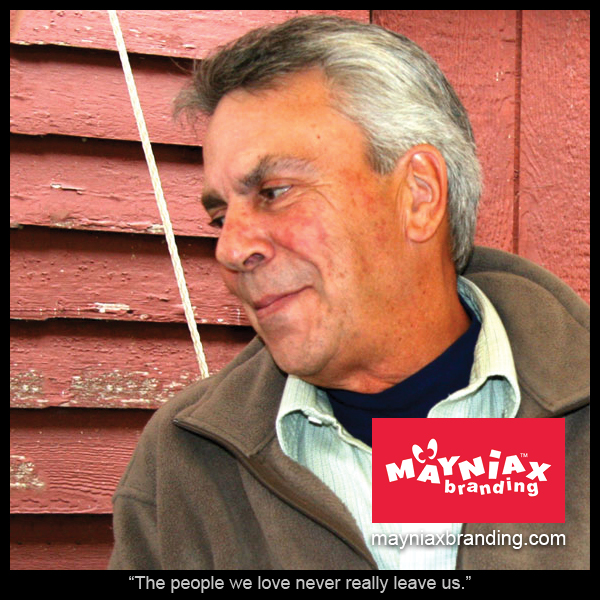 I saw the text and honestly had no clue how to respond. As a smartass, my friends tend to be smartasses. We reply to texts with smartass comments and use the medium to tear each other up whenever possible. Now, don’t get me wrong, my people are great people and we’d do anything for each other – we just don’t send or get texts like that.

One friend of mine delights in calling me any number of the following words whenever she can: clueless, dense, oblivious, and unobservant. And she’s right. And I’ll get to why that’s relevant in a second.

I’d started getting to know the woman who sent me the aforementioned text at the beginning of 2016. We each already knew the other to be cool, but that was it. As we got to know each other more, however, we realized we had a lot of things in common – and important things, not just, “Oh my goodness, you like cookies too!”

Side note: if someone doesn’t like cookies, they’re obviously a bad person and not to be trusted.

I was so struck by the kindness of the text that, shortly after replying, I began thinking about the times we’d spent together. Was I again being clueless, dense, oblivious, and unobservant? Should this woman and I give the whole dating thing a shot? “It doesn’t matter,” I thought to myself. “I can’t deviate my focus from Mayniax.” But it gnawed at me. After over a month, I decided taking a chance and deviating from my focus was worth it. But by then, I sensed it was too late – and half-ass tried anyway, which has only made things awkward.

And who knows? Maybe it wasn’t an opportunity at all. I may’ve gotten the “no.” Or maybe we would’ve tried a date and realized it was no good. Maybe we would’ve dated for a while before she realized I drove her crazy, or I realized she bored me to tears. In a fit of anger, perhaps she would’ve killed me and dropped me off in the Everglades on her way to a party in Miami. Why the Everglades? Because no cop’s gonna ask a bunch of gators if they’ve seen a nutty, short man.

Or perhaps we would’ve gotten along great, and it would’ve lasted a long while. All I know is I was too focused on Mayniax to even notice. 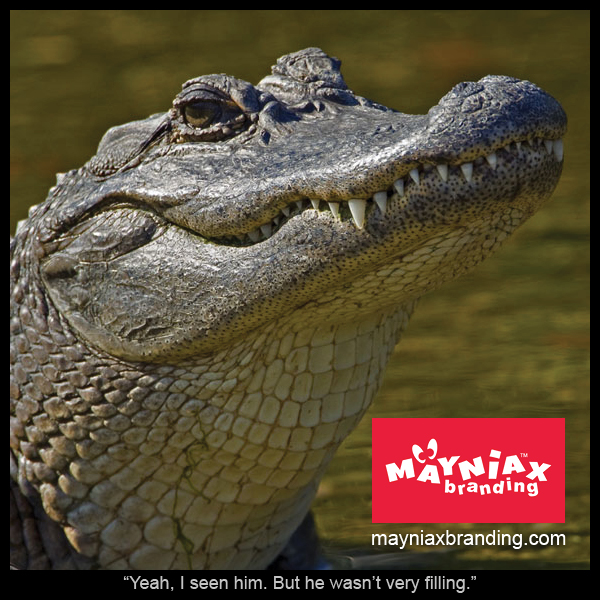 Sometimes you can be too focused on your brand. You can be so focused on it, in fact, that you lose touch with reality.

Vanessa and I started on our own in 2010, and we started racking up business debt right away – business debt that we’re still paying off. In fact, every day, I feel like I’m behind the 8 ball. So what should we have done differently? Simple: we should’ve done everything else we’re good at.

Much of brand strategy is about focus. We tell our clients to focus on selling one product / service per brand, since brands are easier to remember that way. Because we know about branding, we could’ve built several around all the things we can do. But we got so focused on the mission that we didn’t do that. But here’s something I didn’t think about until recently: another way of making money may not impact the mission directly, but it can help impact the mission indirectly.

So, we’ve each been looking for side projects to help kill that debt – a debt that would’ve been gone long ago had we thought about it sooner. We’re also looking at ways of generating passive income. And don’t let the “passive” fool ya – there’s a lot of front-end work needed to make that happen.

Brands can take a long time to take off, so whether you’re in the early stages of entrepreneurship – or even just looking at getting into it – make sure you find other ways to make money. After all, to be a true entrepreneur, you need more than one source of income, anyway.

And remember that doesn’t mean you’ve lost focus on the mission – it means you’re focused on keeping the mission alive.

That’s it, folks. I sincerely hope you’ll all learn from my mistakes, as well as my successes – and go kick all kinds of ass, entrepreneurial-style!

The world is broken, and we believe only entrepreneurs can fix it. But they’ll never get that chance if no one cares about their brands. So, with a little bit o’ nuttiness, a little bit o’ research, and a lotta bit o’ guts, it’s our job to make people care.

Wanna set up a happy fun time chat with Ann Arbor’s favorite branding team? Then click here, fill out the form, and we’ll get back to ya!